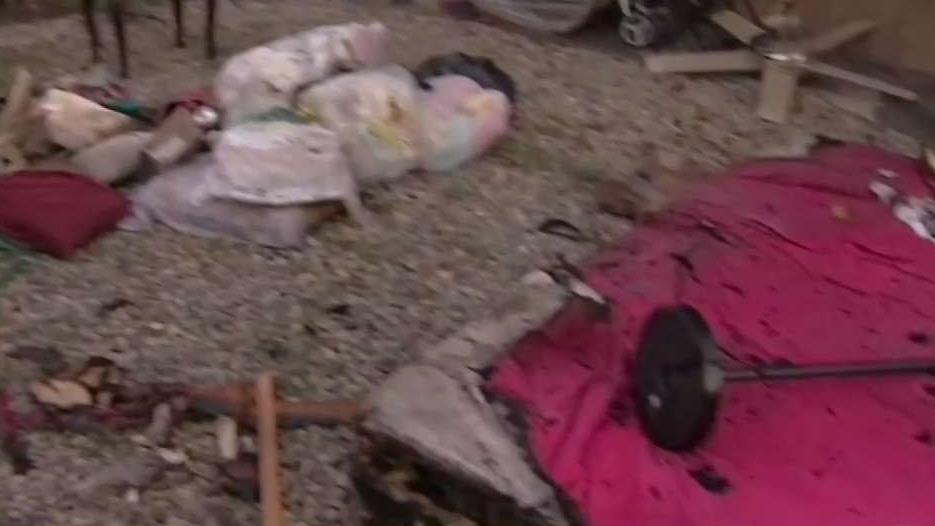 A family says a fire that started as a trash fire behind their home in South Los Angeles home on Thursday could have been prevented. A huge plume of black smoke billowed up and over neighboring homes in an alley between Woodlawn Avenue and Wall Street.

The family has complained about the homeless living behind their house since they moved in two months ago. The family says they saw a homeless man running from the area when the fire started. Now they’re upset that the city did not respond to their complaints or phone calls.

Diana Perez, 14, says her bedroom suffered the most damage.

“My mom and my tia, they’ve been calling to help us move them,” she said. “They never listen. But I lost everything. I lost my bed where I slept, my school stuff, everything. And they didn’t listen to us.”

The fire was put out in 15 minutes. No one was injured.