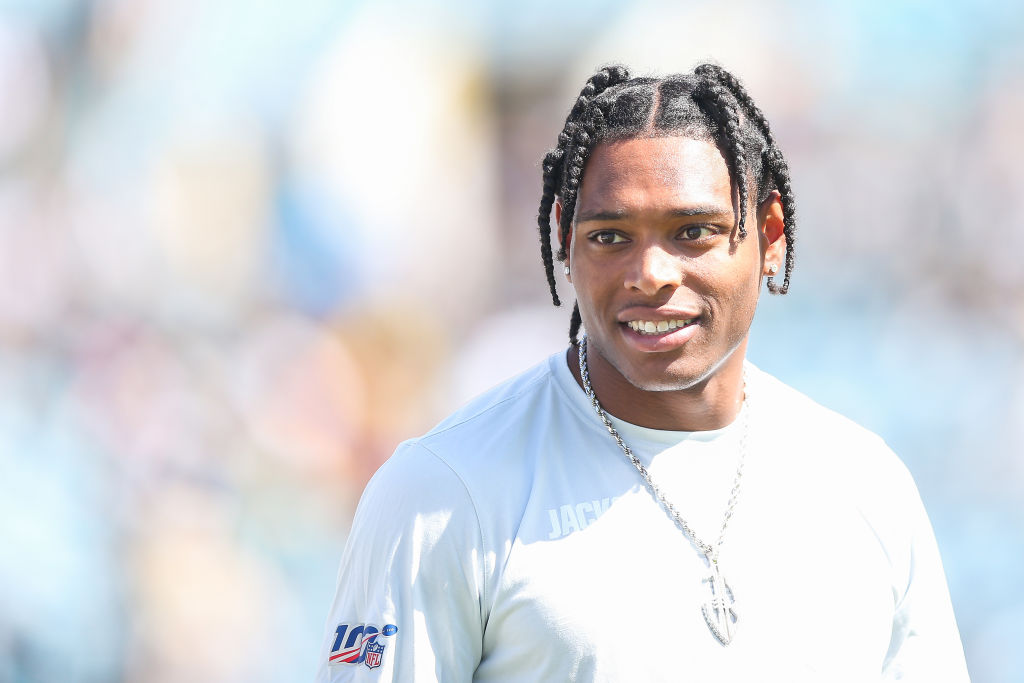 There are two words every foodie in Los Angeles knows well: Taco Tuesday.

The nationwide day dedicated to a single food was well known before LeBron James started yelling about it on Instagram. It’s even become a tradition of the newest superstar athlete in the City of Angels.

The reigning NFC Champion Los Angeles Rams made a flurry of roster moves on Tuesday, the last of which was the biggest blockbuster of all: acquiring two-time Pro Bowl cornerback Jalen Ramsey from the Jacksonville Jaguars.

Ramsey told reporters during his introductory press conference on Wednesday night, that he was enjoying Taco Tuesday inside his home in Jacksonville when he first got the call that he had been traded to the Rams.

“I was excited. I had a ton of joy. I was at home chilling, eating tacos,” said Ramsey of the moment. “I don’t think I ate another taco the rest of the night.”

Ramsey has had a rough 2019 season. After nearly advancing to the Super Bowl in 2017, the Jaguars finished 5-11 last year, good for last place in the AFC South.

“I wanted a fresh start and a fresh start in a place like LA,” said Ramsey. “With the culture I’ve heard about here, I’m a young guy still. Everyone around here is kinda young, I feel like they’ll be a little bit more understanding.”

After a week two confrontation with head coach Doug Marrone, Ramsey met with Jaguars Vice President of Football Operations Tom Coughlin in a closed door meeting. That meeting reportedly did not go well as Ramsey said that the 73-year-old said “some disrespectful things.” After the meeting, Ramsey requested the Jaguars trade him.

Ramsey did whatever he could to not see the field while waiting to see if the Jaguars would meet his demand. Ramsey missed the last three games with a back injury, but reportedly will play this Sunday when the Rams travel to Atlanta to face the Falcons.

“I definitely want to call Les [Snead] and Sean [McVay] and give them a piece of my mind,” joked Falcons head coach when he was asked what was his immediate reaction after finding out the Rams had acquired one of the best cornerbacks in the NFL.

Ramsey is one of the more outspoken players in the league, and has a personality that has been known to rub people the wrong way. In August of last year, while being interviewed by GQ magazine, the 24-year-old native of Tennessee gave his opinion on nearly every quarterback in the league, calling his new quarterback Jared Goff, “average to above average.”

“In relation to what he was calling a lot of people, that wasn’t half bad,” laughed Goff when asked about his thoughts on those comments. “That’s part of Jalen’s attitude and it doesn’t bother me one bit. I thought it was quite funny, actually.”

One teammate who is excited to play with Ramsey is safety Eric Weddle, who got to know Ramsey during the Pro Bowl in 2017 and 18.

“Amazing individual,” said Weddle of Ramsey. “Very charismatic. Obviously competitive and fiery. That’s what you love in a DB [defensive back], especially in a corner. We’re all very excited, you’re talking about one of the best players in the league.”

Rams head coach Sean McVay is no stranger to players with big personalities inside the locker room. In addition to Todd Gurley, the Rams brought in Ndamukong Suh, Aqib Talib, and Marcus Peters last season. The latter of which was traded to the Ravens to make room for Ramsey.

“I think you want guys with some swag, some personality, different things like that,” said McVay of Ramsey. “As long as those guys love football, they love competing every single day, I think usually this is a building that I think will suit him well.”