A woman was viciously attacked and killed in a beating using an electric scooter in Long Beach Monday and a man has been arrested, police said.

The attack took place at around 12:30 p.m. in the 3100 block of East 64th Street, the Long Beach Police Department said.

The woman, identified as 63-year-old Rosa Elana Hernandez of Long Beach, was walking down the street when a man began attacking her, police said.

It was unclear what provoked the attack, police said.

Woman Beaten to Death With E-Scooter in Long Beach 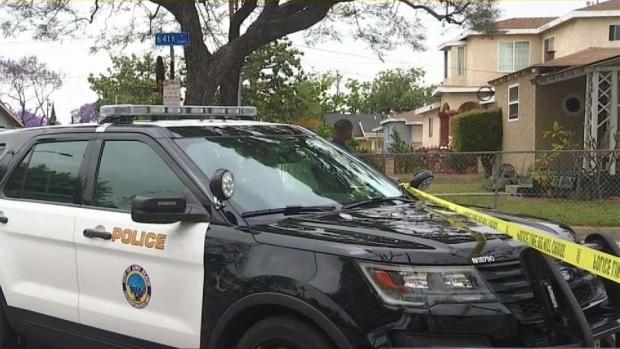 During the violent beating, the man picked up a motorized scooter and began striking the woman with the scooter, police said.

Long Beach police could not confirm earlier information provided by the department that a good Samaritan attempted to intervene during the attack.

One person did witness the attack and called the police, an officer said.

The woman died at the scene, while the attacker fled, before police arrived to the incident location.

Newschopper4 Bravo flew over the crime scene, where an electric scooter broken into two pieces could be seen on top of the woman’s body.

The Long Beach Police Department said homicide investigators were on the scene.

The man was booked for murder and was being held on $2 million bail, police said, but the identity of the suspected attacker was not immediately released.