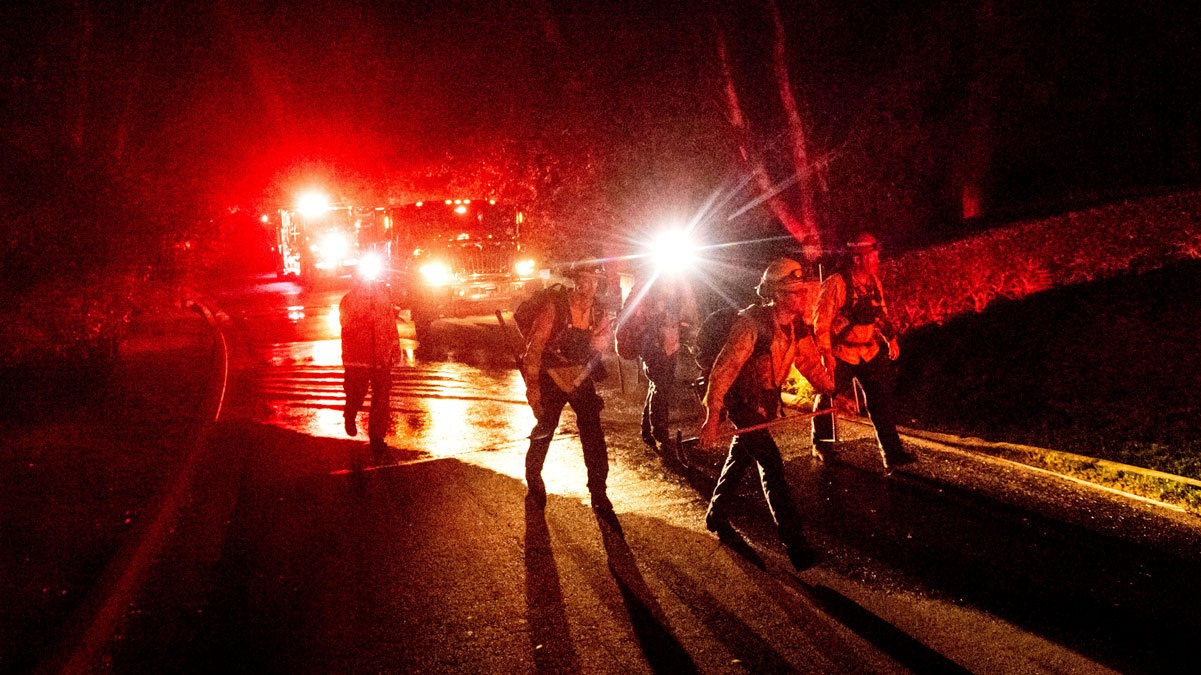 The Orange County Fire Association is increasing its staffing of firefighters in response to increased fire risk caused by strong Santa Ana winds.

The winds, combined with high temperatures and low humidity through the end of the week, augment the potential of a large wildfire starting, according to news release published by the OCFA on Saturday.

“Upstaffing allows OCFA to continue to provide the high level of service to the community that it does every day, while prepositioning additional crews solely for the purpose of responding to wildfire incidents,” the news release added.

In the neighboring county of Los Angeles, the Saddleridge Fire continues to burn as firefighters battle intense winds, which can carry embers that start more blazes.

Extra resources that will be deployed include five additional fire engines, five wildfire trucks, three helicopters and two hand crews — which typically number about 20 firefighters each.

A briefing with nearly 100 firefighters was scheduled for 10 a.m. Sunday, Oct. 20, at the Orange County Great Park in Irvine to discuss tactics.