A police pursuit Wednesday across Orange County of a known wanted violator with a parole violation in a silver Mercedes ended peacefully following a lengthy standoff in a Newport Beach parking lot.

The Laguna Police Department initiated the pursuit at Pacific Coast Highway and Beverly Street, with the Orange County California Highway Patrol saying they took over the chase.

Newschopper4 Bravo was over the pursuit at approximately 3:30 p.m.

The driver claimed he was armed and was in communication with authorities, according to the CHP. Sgt. Jim Cota of the Laguna Beach Police Department said the man had an extensive criminal history, which included fraud and assault with a deadly weapon.

Cota said the man stated he had a weapon and that he was not “going to go easy.” 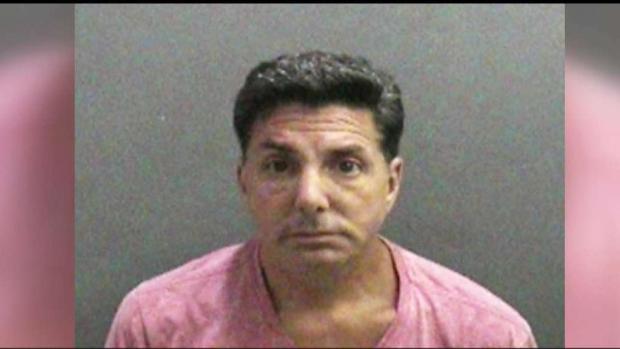 The driver was passing Newport Coast Drive on the 73 Freeway at approximately 3:30 p.m., approaching John Wayne Airport in Irvine.

The driver was keeping reasonable speeds to start the pursuit but began to speed up beyond the posted speed limit as the pursuit progressed, along with driving on the wrong side of the street and ignoring signal lights.

At about 3:43 p.m., the driver switched over to the northbound 55 Freeway and immediately exited the freeway onto Baker Street in close proximity to John Wayne Airport.

At around 4 p.m., the driver was circling Fashion Island and driving at slow speeds, with a long line of police vehicles in tow.

At approximately 4:10 p.m., the driver pulled into a parking spot in a Newport Beach commercial lot near the intersection of San Miguel Drive and Newport Center Drive. The police blocked off the exit to the parking area the vehicle entered, and the pursuit turned into a standoff.

Then, the driver pulled out of the parking spot and faced the pursuit vehicle towards the police, who had their guns drawn.

After the standoff that lasted nearly an hour, the man exited the vehicle and complied with police orders. The standoff ended peacefully just shy of 5 p.m.