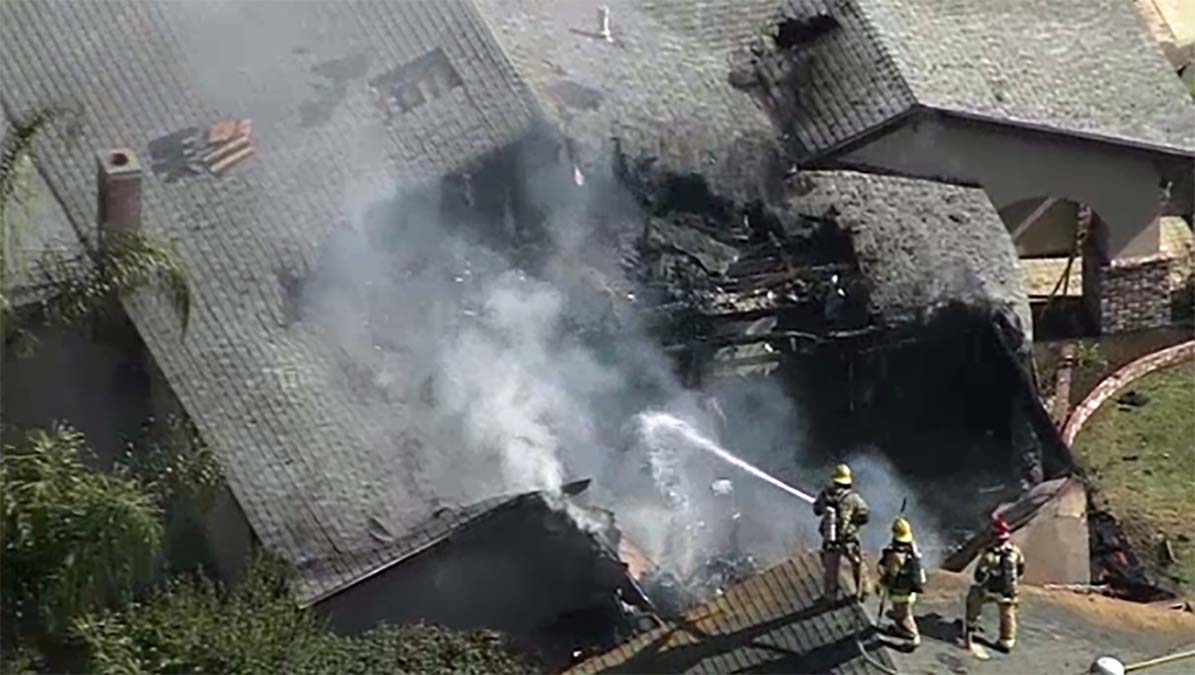 A small plane crashed into a house Thursday in the San Bernardino County community of Upland, igniting a fire.

Firefighters responded to the scene of the crash at the single-story residence near 15th Street and Mountain Avenue, according to the fire department. The crash site is about one mile northeast of Cable Airport.

All residents are safe, police said. Upland police Capt. Marcelo Blanco told the Associated Press that a father and child were home at the time and escaped without injuries.

He identified the plane as a single-engine Cirrus SR22.

Aerial video showed a hole in the roof of a burned portion of the house. Firefighters appeared to have prevented flames from spreading to nearby homes.

Details about the plane’s occupants were not immediately available.