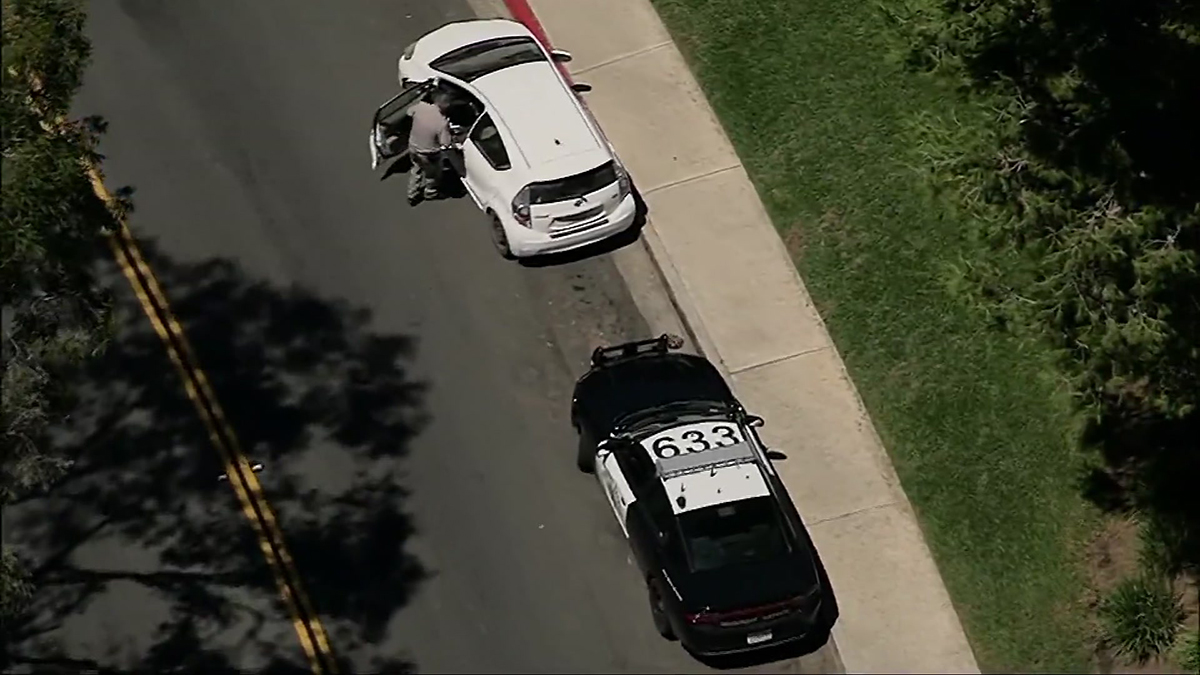 The chase ended in Mission Viejo when the suspect, identified as a man in his 20s, stopped the vehicle in the middle of a street, exited the vehicle and surrendered to police, CHP Officer Rafael Reynoso said.

“The suspect just decided to give up,” Reynoso said.

Ivan Flowers witnessed the chase’s end and described seeing cops with their guns drawn as the suspect exited the vehicle.

“I’m seeing the guy get out of the vehicle, face down on the concrete. Seems like he gave up pretty easily but it was pretty nerve-wracking hearing all that noise,” Flowers said.

The chase’s somewhat calm end was in contrast to its start in the Riverside Area. The pursuit began as a high speed stop near Temecula just after 10 a.m. Monday.

There was a foot pursuit and the suspect took control of an unoccupied CHP vehicle, an agency spokesperson said.

The suspect traveled southbound on Interstate 15 near Fallbrook and then moved west on State Route 78 to southbound Interstate 5 near Carlsbad. The driver then changed direction and heading north along I-5 once again.

At one point, the suspect bailed out of the CHP cruiser in Temecula, which appeared to have some minor damage and a flattened tire, and carjacked another vehicle.

CHP said a stolen silver Lexus was abandoned after crashing into some cars on Interstate 5 near Manchester Avenue. The suspects then stole a nearby Toyota Prius and began drving toward Orange County.

“We’re still trying to piece it together considering the size and length of the pursuit,” Reynoso said.