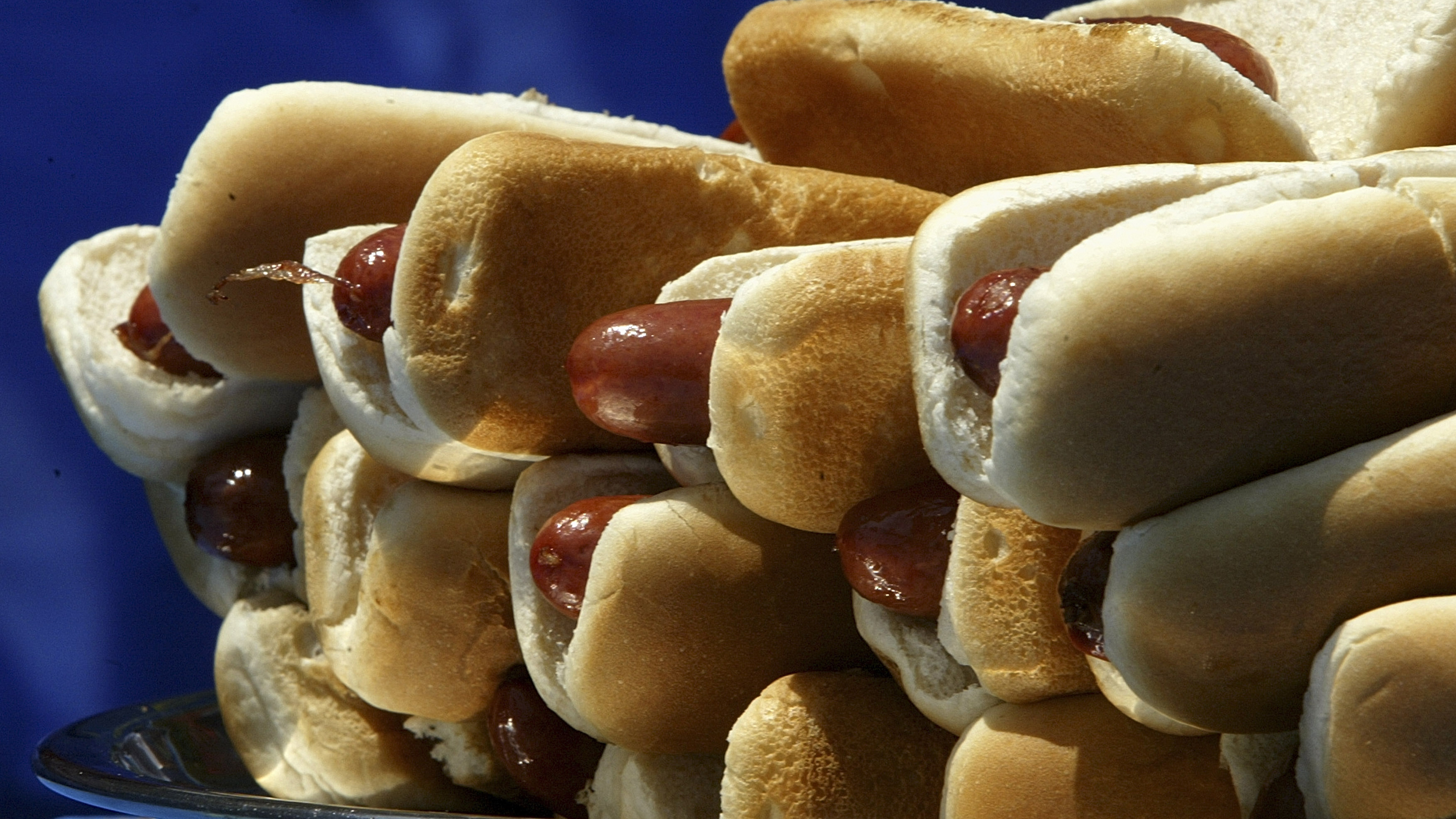 The hot dog is one of the most consumed dishes by Americans and, according to the National Council of Hot Dogs — yes, that’s a real council — one city on the West Coast takes first place for most wieners eaten.

Los Angeles residents “consume more hot dogs than in any other city,” beating New York and Philadelphia, according to the NHDSC.

During the time between Memorial Day and Labor Day — clearly a high hot dog consumption period — Americans eat a total of about 7 billion sausages. That translates to 818 hot dogs every second during that time period.

Annually, the consumption is about 20 billion sausages, the equivalent of 70 hot dogs per person.

In Los Angeles, annual consumption is about 31 million pounds, according to the NHDSC. Fans of the Los Angeles Dodgers consumed somewhere in the ballpark of 2.6 million hot dogs in 2016.

With these figures, Los Angeles surpassed Chicago, which was in fifth place on the list even though many consider it the hot dog capital. New York and Philadelphia took second and third place respectively.

In another list put together by Nielsen in 2018, the 10 cities that consume most sausages were: Los Angeles, Chicago, New York, Dallas/Fort Worth, New Orleans, Houston, Philadelphia, Atlanta, Boston and San Francisco.

A report released Monday laid out a road map of recommendations to phase out pepper spray at Los Angeles County juvenile halls and camps by year’s end after a troubling spike in its use.

The report by the so-called Probation Reform and Implementation Team was studying ways the department can make treatment of juveniles in custody more humane and safe after a big spike in pepper spray use first reported by the NBC4 I-Team in December.

The plan calls for immediate enhanced training for all staff on de-escalation techniques and nonuse of force options, limiting use of pepper spray to supervisors only as a last resort, putting pepper spray in a lock box, followed by a complete phase-out by the end of the year.

“Having gone through the experience of being pepper sprayed as an adult, I am glad to see that L.A. County’s Supervisors have decided to eliminate its use on youth under the care of the L.A. County Probation Department,” said member Jose Osuna, who formerly worked with Homeboy Industries. “I believe that the PRIT’s recommendations lay out the safest path that can be taken in order to accomplish that.”

Tell us the Story

Are you a current or former staff member at a LA County juvenile hall or camp or a parent of a child in custody? Let us know about your experiences. Email us at tips@nbcla.com

“We appreciate the work the PRIT has undertaken to develop these recommendations and will take them under advisement as we continue to develop a comprehensive strategy to safely eliminate the use of OC spray in our residential facilities,” she said. “Our goal is to continue to work with our staff and partners to reduce the circumstances that contribute to the need for physical interventions. Additional training to build upon staffs skills working with high need youth and increasing rehabilitative services are among the actions we plan to take to ensure a safe environment.”

He’s encouraged by the recommendations that call for making the lockups safe for both youth and staff and that probation officers get a seat at the table in helping guide policy.

But banning pepper spray is an open question. There’ll always be emergencies such as riots or gang violence, he said.

“While there are some promising recommendations in the report, at the end of the day there’s going to have to be a reliance on management to be able to come up with a plan,” he said. “I don’t see how it will be eliminated completely. If management is successful in implementing these recommendations in a way that’s meaningful for everybody staff and youth included, then you would see the reliance on pepper spray drop.”

The County board of supervisors called for a ban after an investigation by the County’s Office of Inspector General found excessive and troubling uses of pepper spray. The OIG’s report came after the NBC4 I-Team found a 154 percent increase over a three-year period in pepper spray use.

Supervisor Mark Ridley-Thomas, who wrote the motion to create the oversight panel, said reforming the department is long overdue.

“It is high time we come to grips with the problems plaguing the juvenile halls and probation camps,” he said in a statement. “The PRIT has given us a road map with clear and actionable steps on how to do this, crafted with input from a range of stakeholders. There is no excuse for not moving forward now, and with expediency.”

Want to explore LA but don’t want to spend a lot of money? No worries — there’s plenty of fun things to do in Los Angeles that cost next to nothing. 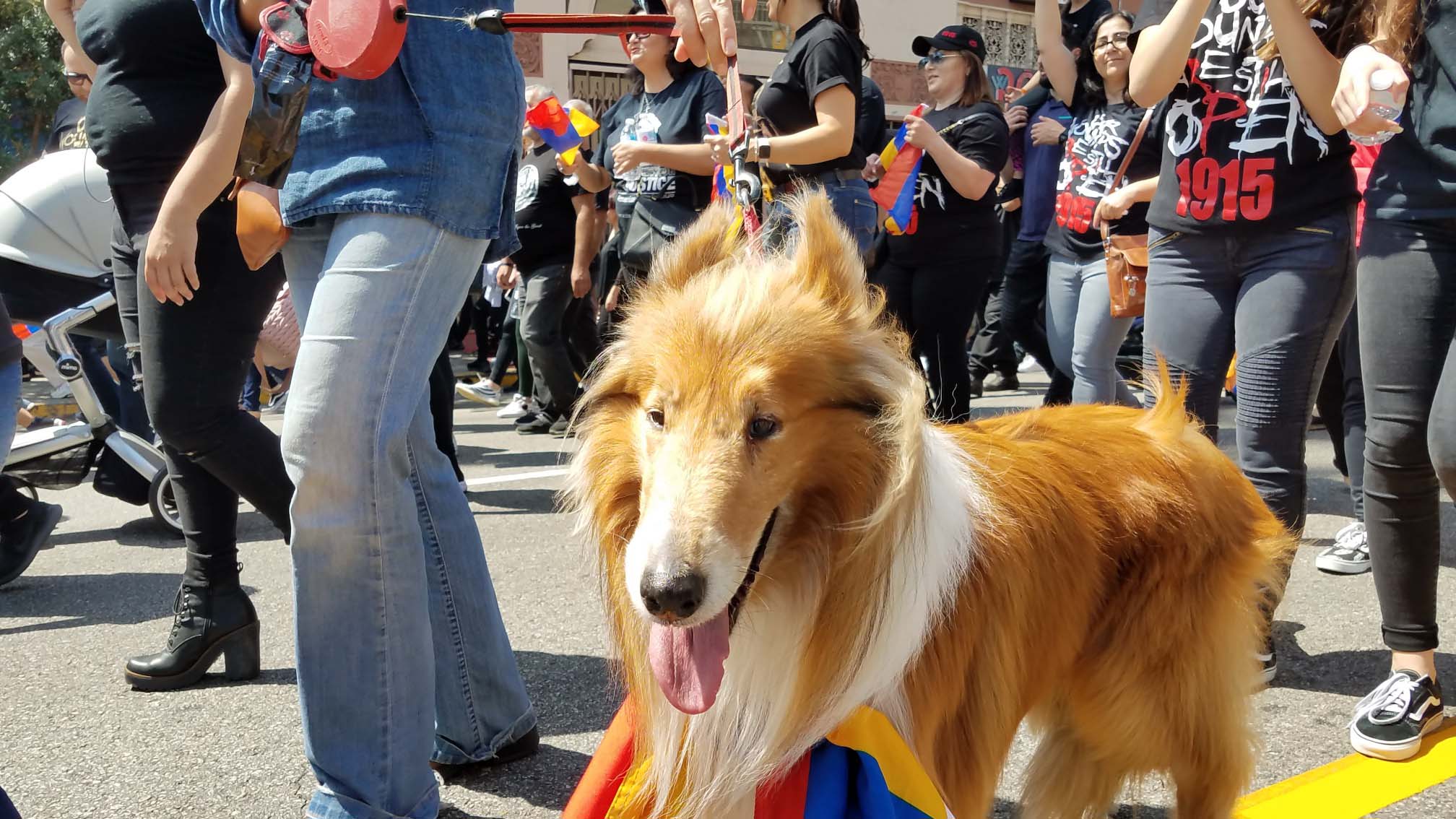 Thousands of people were marching through Hollywood and the Mid-City area Wesdnesday to mark the 104th anniversary of the Armenian
Genocide, again calling on Turkey — and the United States — to officially
recognize that it occurred.

See images of the march below.

A man was killed in a police shooting in South Los Angeles on Monday morning.

Officers received a report of a man with a gun around 6:45 a.m. in the area of 168th Street and Denver Avenue.

The 35-year-old man died at the scene.

No officers were injured in the shooting.

Multiple trucks and large recreational vehicles were on fire at a storage yard in East Los Angeles on Thursday, officials said.

The fire was reported at the yard in the 1500 block of North Fishburn Avenue.

Get the latest from NBC4 anywhere, anytime

Expect thousands more electric scooters on Los Angeles streets as several more companies got one year permits. A total of eight companies can now operate their scooters in the city.

That’s more than 36,000 scooters. Some, like Uber and Lyft, had raised privacy concerns for customers because of the requirement to share certain data with third party groups.

The LA Department of Transportation suspended that requirement and has created new restrictions to protection information. Please follow this link to the master data license and protection template. This agreement spells out the terms and conditions for data protection, access limitation, security, credentials, and more regarding third party contractors who use LADOT data.

Here is a break down of ladot’s dockless on-demand personal mobility one-year permit: 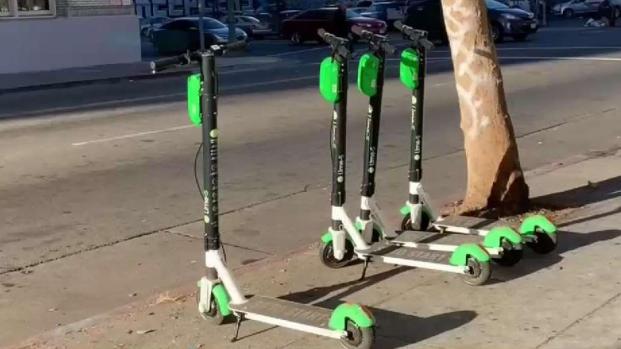