MMA star Conor McGregor is seen smacking a cellphone out of a man’s hand and stomping on it outside the Fontainebleau Miami Beach hotel in new footage of the incident that led to his arrest last month.

The new surveillance footage, released by Miami-Dade prosecutors Wednesday, shows the 30-year-old McGregor among a group of people outside the hotel the morning of March 11, hours before his arrest on strong-arm robbery and criminal mischief charges.

McGregor, wearing white pants and a polo shirt, is seen outside the hotel with his entourage as a few bystanders film him with their cellphones. McGregor suddenly smacks the phone out of one man’s hand, stomps on it, then picks it up and starts to walk away, as he’s surrounded by his security.

An arrest report said the man approached McGregor and attempted to take a picture of him while exiting the hotel around 5 a.m.

The report said McGregor picked up the 22-year-old man’s phone and walked away. The man told police the phone was valued at $1,000.

Weeks after the arrest, McGregor announced his retirement on social media. McGregor pleaded guilty last year to disorderly conduct in exchange for community service following a backstage brawl in New York City. McGregor’s probation period for that case ended less than a week prior to the South Florida arrest.

A family was reunited with their 3-year-old Maltese Yorkie mix puppy, Chewie, on Saturday after he was stolen during a morning walk.

Ana Licea, Chewie’s owner, says her pet was stolen from her 73-year-old stepfather while he took Chewie on a walk.

The man was assaulted and had their pet dog stolen by two women in the city of Long Beach late Friday morning, according to authorities.

Police responded to a call about a strong arm robbery at approximately noon in the 800 block of Molino Ave. 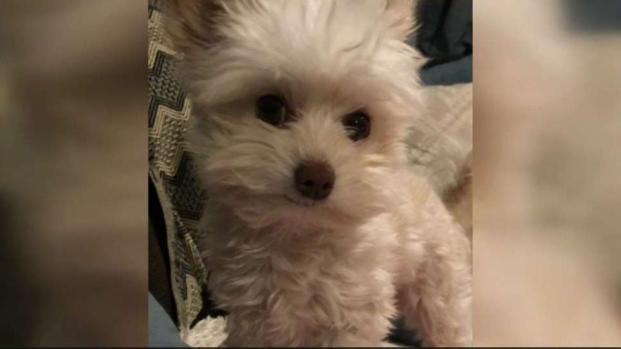 A white vehicle pulled up next to the man when two women got out of the car, pushed the man down and took his dog. The man injured his knee and back.

The two women then fled the scene.

With the help of surveillance video, Long Beach police were able to locate the suspect’s car in South Gate and found the dog, who was reunited with his family.

The family had been posting flyers with a $2,000 reward for the return of their pet.

“I’m devastated i can’t believe how cruel our world is,” said Ana Licea, the dog’s owner. “So sad how the world has come to be like this – you can’t even feel safe to walk your dog on the street.”

Chewie was reunited with his family at the Long Beach Animal Care facilities.

Driver Joey Hand explains the ins and outs of the Ford GT, a version of which he’ll be racing at the Grand Prix of Long Beach, and what he likes about competing in the event. Christine Kim reports for Today…

A man was arrested while running away on Saturday morning in Huntington Beach after ramming into a cyclist and throwing him into the street, according to the Huntington Beach Police Department.

The driver, a 25-year-old man from Garden Grove, was driving west on Adams Ave. when he hit the biker, who was at the crosswalk of Adams and Beach Blvd., according to police. The cyclist, identified as a 30-to-40-year-old man, was pronounced dead at the scene.

After hitting the biker, the driver continued down Adams Ave. until crashing his black BMW into a tree. He then got out and started running on foot, police said, when he was ultimately arrested. His car was soon found with a smashed bumper and windshield.

The incident comes just a day after the City of Los Angeles announced plans to place permanent roadside memorials at the site of accidents for victims of fatal bike crashes. While it’s common for people to leave unofficial monikers such as “ghost bikes” at these locations, the new policy allows for formal memorials to be set up.

Police say they not aware of any plans to leave a memorial at the sight of Saturday’s incident. 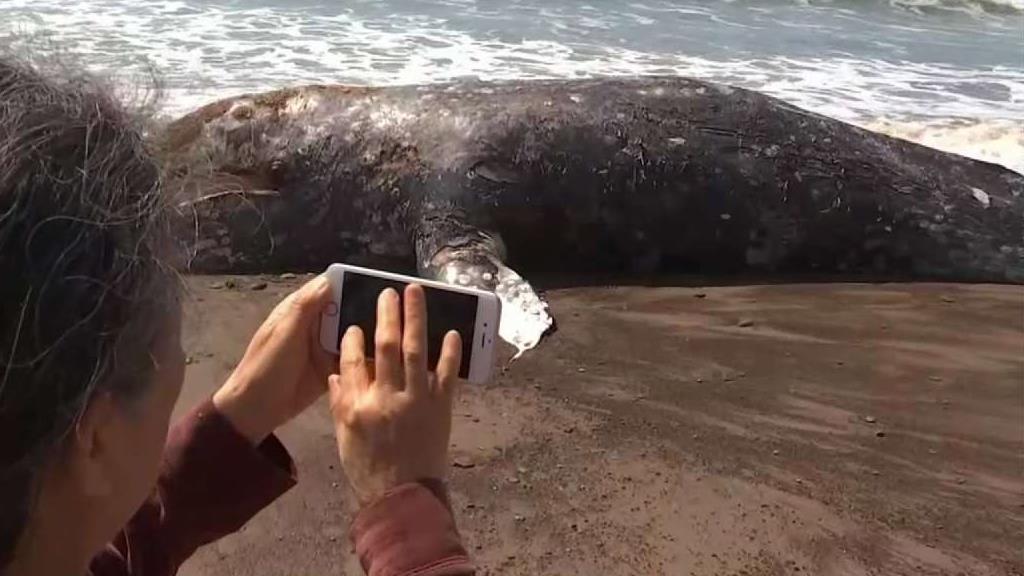 The carcass of a massive gray whale washed ashore in Malibu early Sunday morning, stunning beachgoers who said the decaying body gave off a strong odor.

California Highway Patrol in Ventura County said they received a call about a beached whale on County Line Beach “the size of a semi truck” at 3:11 a.m. Authorities said they reported the situation to Channel Islands Marine and Wildlife Institute.

As the sun came up, crowds approached the decaying sea mammal and began to take photos of the whale, questioning what the cause of death could have been.

That remains unclear until Diane Alps and her colleagues from the Channel Islands Marine and Wildlife Institute perform a necropsy on the whale Monday morning to determine the cause of death. Alps estimates the whale’s carcass is approximately 40 feet long. The body of the gray whale will remain at the beach throughout the night.

California’s coast is a common migrating route for gray whales, according to the Marine and Mammal Center’s website. The whales can usually be spotted swimming off SoCal’s coast from March to May as they migrate north, the website states.

A routine traffic stop turned into a major drug bust on thanks to the help of a Long Beach Police K-9 unit on Thursday, police said.

Officers pulled over a vehicle near East 36th Street and Cherry Ave. for an unsafe lane change at 12:45 p.m. The driver of the car admitted to having drugs in the car, which led the officers to call in a K-9 named Abby, police say.

Abby located 15 bundles narcotics in the car. Fernando Montano, 30, Daisy Moya, 37, were taken into custody and booked on charges relating to possession and transport of a controlled substance, police said. They are being held on $1 million bail.

A search warrant was later issued for their home, where 32 more bundles of drugs and a handgun were found, police said.

Conor McGregor, a mixed-martial arts superstar, has been arrested and charged with strong-arm robbery, according to the Miami Beach Police Department.

An arrest report released Monday said the incident occurred when a man approached McGregor and attempted to take a picture of him while exiting the Fontainebleau Miami Beach hotel.

McGregor then picked up the phone and walked away, according to the arrest report.

The man told police the phone was valued at $1,000. Police then located and arrested McGregor.

Police charged McGregor with one count of strong-arm robbery and one count of criminal mischief valued at $1,000 or more. McGregor posted bond and left jail hours after his arrest.

“Conor McGregor was involved in a minor altercation involving a cell phone that resulted in a call to law enforcement. Mr. McGregor appreciates the response of law enforcement and pledges his full cooperation.”

McGregor, whose most recent UFC fight was a tap-out loss to Khabib Nurmagomedov in October, pleaded guilty last year to disorderly conduct in exchange for community service due to a backstage brawl in New York City. McGregor’s probation period for that case ended less than a week ago.