A high-speed police pursuit that moved across multiple freeways, traveled through the San Gabriel Valley and moved through downtown Los Angeles ultimately concluded near Disneyland in Anaheim Saturday.

Police chased a white four-door sedan that appeared to top speeds of 100 mph as it sped through LA and Orange counties, with Newschopper4 Bravo was over the chase around 8:45 p.m.

The vehicle hit such high speeds during the pursuit that it ultimately came to a stop after the car began billowing out smoking.

The white vehicle traveled on the 2 Freeway from the 118 Freeway. 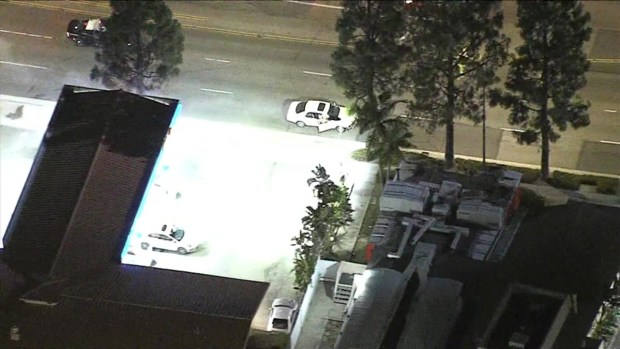 For a period of time during the chase and when Newchopper4 Bravo originally spotted the vehicle, law enforcement pulled off the dangerous chase. At that point, the vehicle was hitting high speeds, zipping through traffic with its headlights switched off.

The vehicle then moved onto the southbound 5 Freeway around 8:53 p.m.

Around that that time, the California Highway Patrol appeared to engage in the pursuit, with the vehicle moving onto the 5 Freeway southbound, heading towards the Norwalk area.

The driver continued to push the vehicle at high speeds, using shoulders to pass other cars and swerving in and out of traffic on the 5 Freeway. 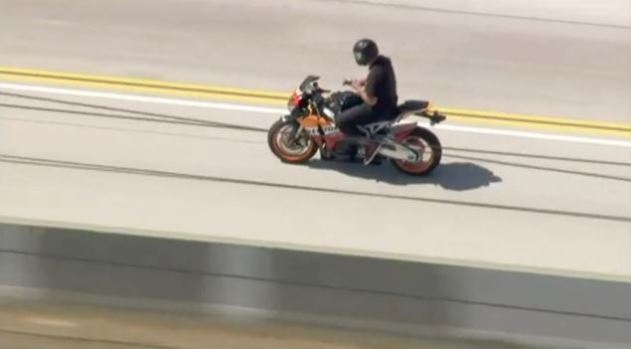 Then, a few moments later, the car began leaking smoke. The smoke built up, and the vehicle exited the freeway and pulled over a short time later. One person ran out of the car, while two other surrendered without incident. The third person appeared to have been taken into custody.

It was not immediately clear what initially led to the pursuit.