Jimmy Fallon jokes about President Donald Trump tweeting that if Turkey does something "off limits" in Syria he will obiterate their economy. 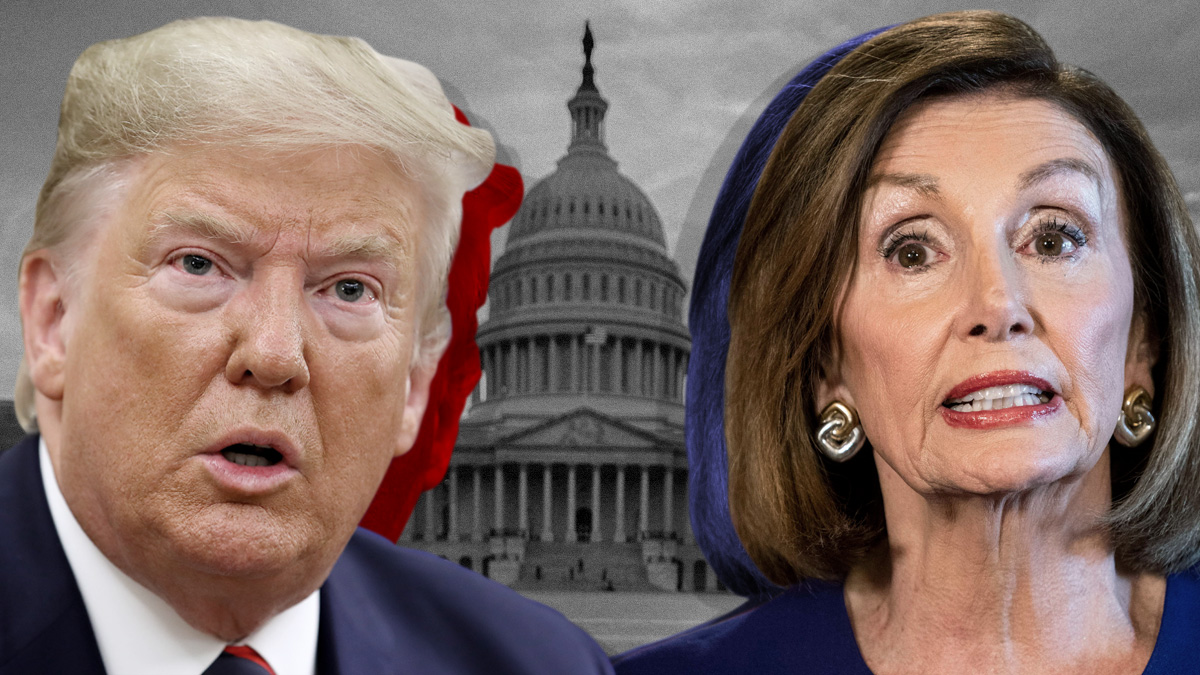 Two hundred and nineteen House Democrats and one independent — a majority of the chamber’s 435 members — now favor some kind of impeachment action against President Donald Trump, according to an NBC News tally.

House Democrats reached the milestone a day after Speaker Nancy Pelosi announced a formal impeachment inquiry into the president following claims that he might have withheld aid to Ukraine to pressure officials there to investigate former Vice President Joe Biden and his son, NBC News reports.

That nearly all House Democrats support some kind of impeachment action represents a significant development in the chamber’s push forward with official impeachment proceedings.

But that doesn’t mean they will all vote to impeach the president.

Hover or click on each member to see who was in favor of starting impeachment proceedings or inquiries against President Donald Trump, and who was undecided or was not in support.

Note: The House needs 218 votes to reach a majority.

Meghan McCain stormed off the set of “The View” Friday after sparring with co-hosts and regular guest Ana Navarro during a discussion on the politics and ethics of whistleblowing, NBC News reports.

The conservative commentator and co-host of “The View” suggested that Democrats were hypocritical for supporting a whistleblowing intelligence officer who filed a complaint about President Donald Trump. The complaint alleged that Trump made a promise to a foreign leader, as reported by The Washington Post on Thursday evening.

McCain suggested that liberals were being hypocritical by supporting the whistleblower in this case, but they criticized the leak of emails from former Democratic presidential nominee Hillary Clinton’s campaign in 2016.

Toward the end of the segment on the live episode Friday, the women were all speaking, at which point McCain yelled, “Excuse me!”

Trump: ‘I Don’t Know the Identity of the Whistleblower’ 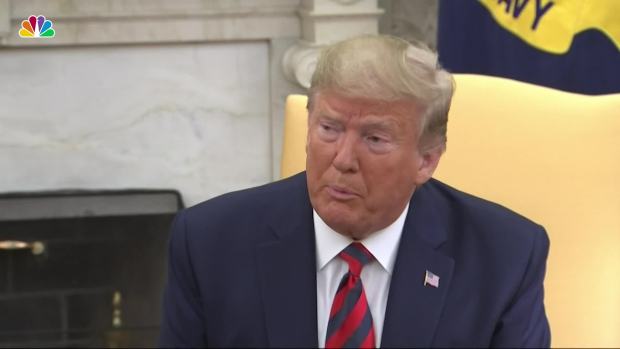 McCain later walked off set and the ABC daytime program then cut to commercial. She returned after the commercial break. 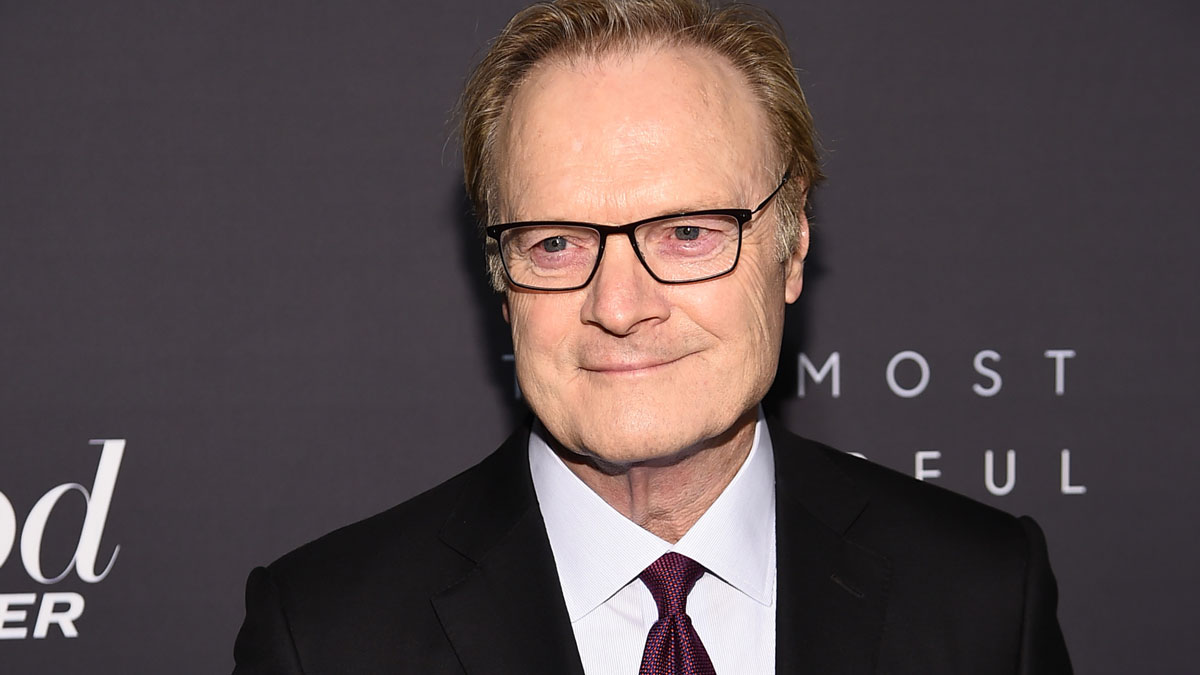 MSNBC host Lawrence O’Donnell said Wednesday he made an “error in judgment” and should not have reported on air Tuesday information about the president’s finances from a single source and formally retracted the statement on air Wednesday night.

On Tuesday, the host reported that President Donald Trump’s financial records show that some of his loans have Russian co-signers.

“The Last Word” host opened his show Wednesday night by saying he repeated statements from a single source that weren’t ready for reporting and that he did not go through the network’s “rigorous verification and standards process” before repeating it, and that “had it gone through that process, I would not have been permitted to report it.”

“Tonight, we are retracting the story. We don’t know whether the information is inaccurate, but the fact is we do know it wasn’t ready for broadcast, and for that I apologize,” O’Donnell said on Wednesday’s broadcast.

NBC News has not viewed the Deutsche Bank records and has not been able to verify what the source told O’Donnell. Read NBC News’ full story here. 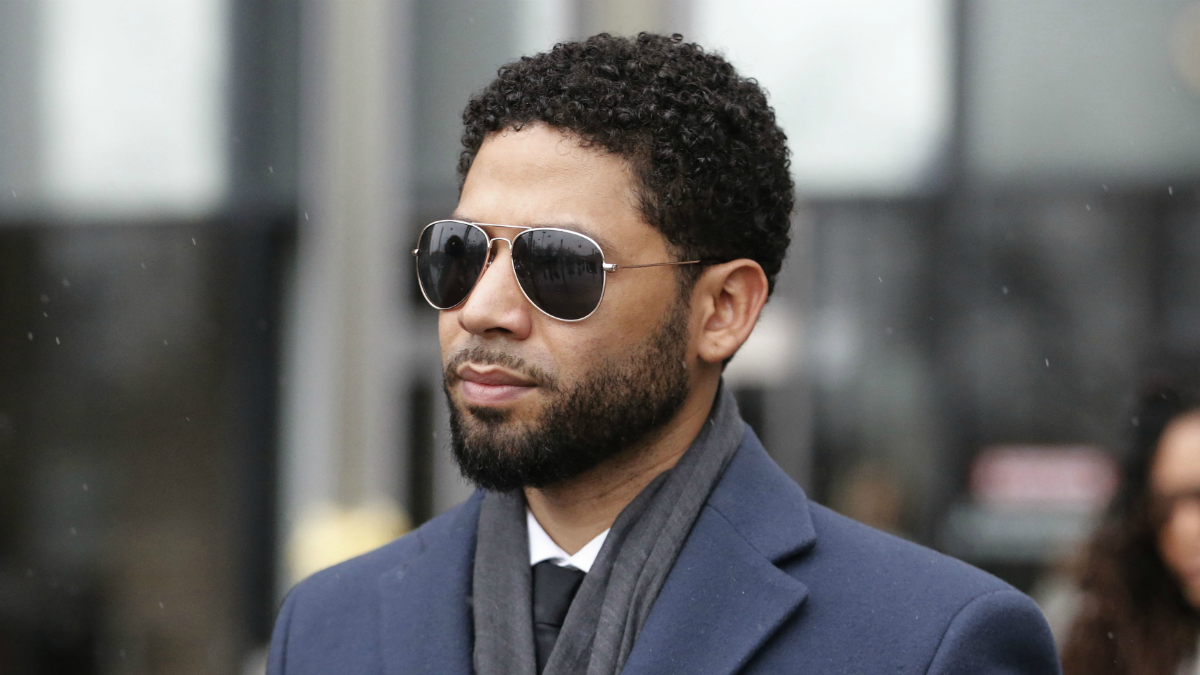 After former U.S. Attorney Dan Webb was appointed as a special prosecutor in the Jussie Smollett case, President Donald Trump endorsed the move on social media.

The president sent out a tweet commending the selection of Webb for the post, calling it “great”:

Great! He said MAGA country did it. So terrible! https://t.co/Vw1xQBZjzN

“He said MAGA country did it. So terrible!” the president said.

When Smollett reported that he had been assaulted by two men on Jan. 29, 2019, he said that the pair had called him racial and homophobic slurs and had said “this is MAGA country” during the attack.

President Trump described the reported attack as “horrible” after the news became public.

Smollett was later charged with fabricating the attack, but the Cook County state’s attorney’s office later dropped the charges. President Trump criticized the decision as “an embarrassment to our nation,” and called for the FBI and the Department of Justice to look into the incident.

Currently, Smollett is facing a lawsuit from the city of Chicago, alleging that the actor owes the city approximately $130,000 in overtime costs for officers investigating the attack, and a defamation lawsuit from two Nigerian brothers who claim that Smollett paid them to stage the attack.

On Friday, Webb was appointed as a special prosecutor in the case.

“First, (I’ll) investigate if any persons or offices involved in the Smollett case engaged in any wrongdoing,” Webb said at a press conference. “Number two, determine if reasonable grounds do exist to further prosecute Mr. Smollett. And number three, to submit a written report to the court of our findings and conclusions at the end of the special prosecutor’s investigation.”

The Cook County Inspector General’s office is also looking into the case, and is expected to issue a report later this year.

In his monologue, Jimmy Fallon jokes about President Donald Trump golfing on vacation with John Daly and a recent endorsement for former Vice President Joe Biden.

Jimmy Fallon lambasts President Donald Trump for trying to distance himself from a racist chant that broke out at his campaign rally.

Eric Trump, the son of President Donald Trump, was spit on by an employee of a Chicago bar Tuesday night, multiple sources told NBC 5. Eric Trump later confirmed the incident in a statement to NBC News.

The incident took place at around 8:30 p.m. at the Aviary, located at 955 W. Fulton Market. Sources said Eric Trump was a patron at the cocktail lounge when an employee approached and spit on him.

Chicago police responded to the scene, with CPD spokesman Anthony Guglielmi tweeting just before 10:30 p.m. that officers were “assisting the United States Secret Service with a law enforcement matter,” adding that any further inquiries “regarding a federal protectee” should be directed to the Secret Service. The Secret Service declined to comment.

Eric Trump was seen leaving the restaurant in a motorcade of two black SUVs. In a statement to NBC News, he called the incident “purely a disgusting act by somebody who clearly has emotional problems.”

Eric Trump tweeted photos of the Trump Hotel in Chicago at around 10:45 p.m. Tuesday, with the caption “Always love visiting @TrumpChicago⁩! It is one of the most beautiful buildings in the world! @TrumpHotels,” but made no mention of the alleged incident.

Representatives for the Aviary did not respond to requests for comment. It was not immediately clear if anyone was taken into custody in connection with the incident, or if charges would be filed.