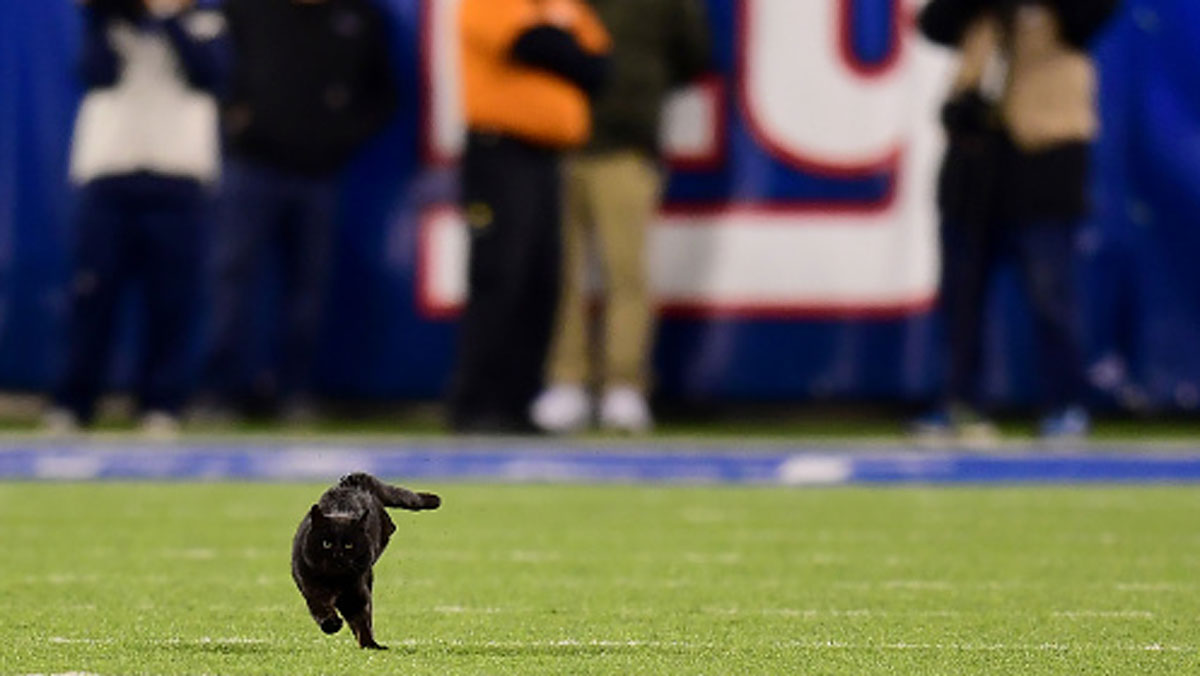 A black cat interrupted the Cowboys’ Monday Night Football game against the New York Giants with under six minutes to go in the second quarter at MetLife Stadium in East Rutherford, New Jersey.

Cameras first captured the cat when it paused inside the 5-yard line with 5:32 to go in the first half, forcing referee Clay Martin to halt the game.

The cat ultimately crossed the goal line for the score, after which its touchdown celebration was cut short by stadium staff and New Jersey State Troopers.

There were no flags on the play.

Following the Cowboys’ win, defensive end DeMarcus Lawrence tweeted an edited image of the cat with “Hot Boyz” chain around its neck. Hot Boyz is the nickname Dallas’ defensive line goes by.

NBC 5’s Pat Doney reports the cat has been at MetLife Stadium for at least three weeks, adding he saw it on the field following the Cowboys’ game against the New York Jets on Oct. 13.

For the record: that black cat has been in MetLife Stadium for at least three weeks. I saw it running around the field after the #DallasCowboys game vs the Jets October 13th… @NBCDFW@1053thefan

The Cowboys trailed the Giants 9-3 when the cat took the field. After the cat left, Dallas outscored New York 34-9 on the way to a 37-18 win.