Firefighters in Los Angeles and Riverside counties increased containment lines around wildfires that broke out during volatile windy and dry conditions in Southern California.

Three people have died in the wildfires, sparked at one of the most dangerous times of the year for fires in California. Some evacuated residents, many who spent anxious hours in shelters, were allowed to return home as authorities deemed neighborhoods safe.

Below, updates on three fires burning in Southern California.

Note: All figures current as of Sunday morning.

Video: Flames Cause Firefighters to Retreat 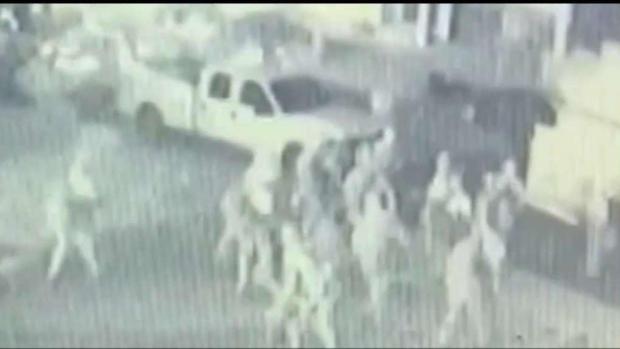 The Saddleridge fire began near the 210 Freeway Thursday night in the Sylmar area and was fanned by strong winds into the Granada Hills and Porter Ranch areas. One resident died, suffering a heart attack as the fire burned in his neighborhood north of Los Angeles.

At one point, about 100,000 and 20,000 homes were affected by evacuation orders. All evacuations were lifted Saturday evening.

Air quality is poor as smoke from the fire settles over much of greater Los Angeles.

A cause has not been determined. 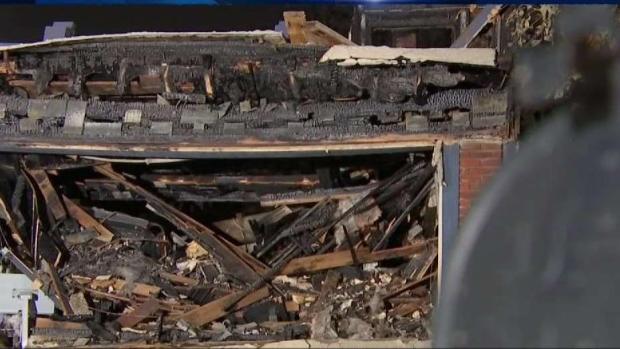 Full containment of the Sandalwood Fire in Calimesa is in sight after improved weather conditions east of Los Angeles. The fire started Thursday after a trash truck dumped its fiery load near a mobie home park. It quickly spread to residences, leaving two people dead and destoying 74 buildings.

Evacuation orders remain inplace for the Villa Calimesa Mobile Home park, where two bodies were found in the aftermath. One of the victims has been identified as 89-year-old Lois Arvikson. Her son Don Turner had said his mother called him to say she was evacuating, but he never heard from her again. Authorities are working to identify the other victim, whose remains were found in one of the homes. 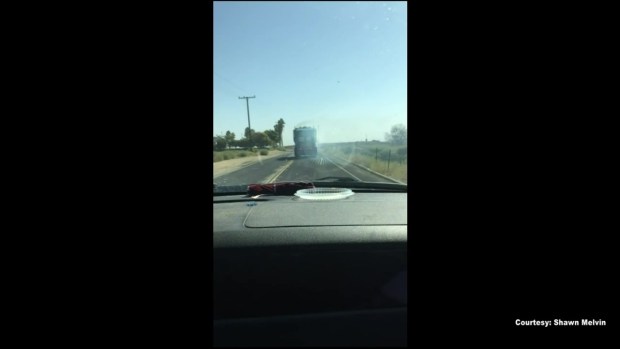 The non-injury Reche Fire was reported at 12:55 p.m. Thursday on Reche Canyon Road near Reche Vista Drive in the Moreno Valley area. It started with a trailer fire that jumped into surrounding vegetation, propelled by intense Santa Ana winds. 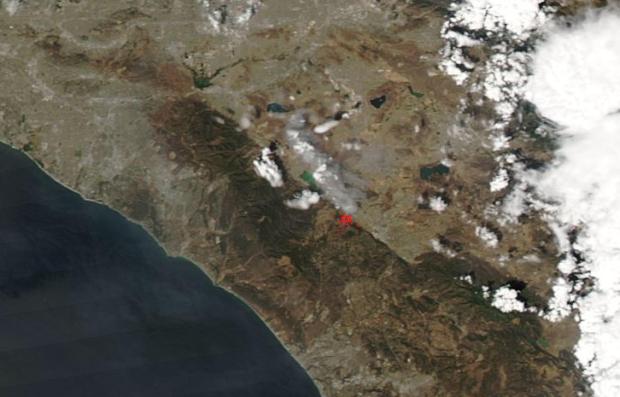 Smoke and Fire From Above: Wildfire Images From Space

Santa Ana winds, produced by surface high pressure over the Great Basin squeezing air down through canyons and passes in Southern California’s mountain ranges, are common in the fall and have a long history of fanning destructive wildfires in the region.

Fall is historically one of the most dangerous times of the year for wildfires in California. Seven of the state’s 10-most destructive wildfires occurred in October — many fueled by monster winds, including Santa Ana gusts.