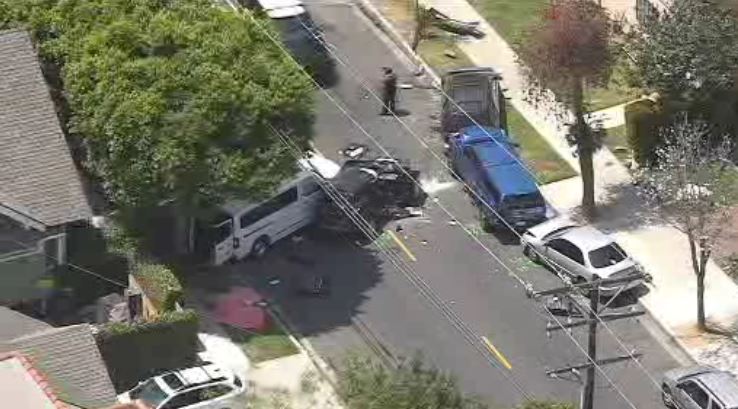 A woman and four dogs died Tuesday in a multiple-vehicle crash at the end of a pursuit in Long Beach.

The crash was reported at the end of a chase involving a stolen vehicle. The pursuit began near Broadway and Alamitos Avenue after the driver failed to stop for officers.

The pursuit driver collided with other vehicles at East Third Street and Temple Avenue.

The pursuit driver, who was also was hospitalized, was identified as Javier Oliverez, 43, of Los Angeles.

He was booked into custody on charges including, evading a police officer, felony DUI, vehicular manslaughter, and he had an outstanding warrant for a post release violation, officials said.

Oliverez is being held at the Long Beach City Jail with no bail.

Details about the woman and the dogs were not immediately available.